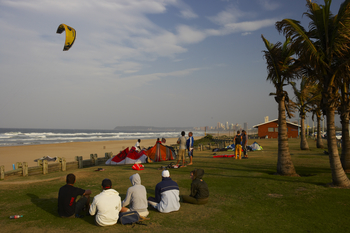 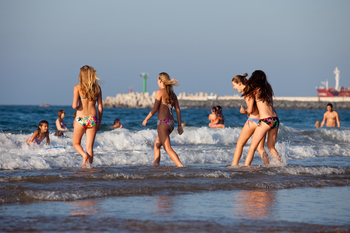 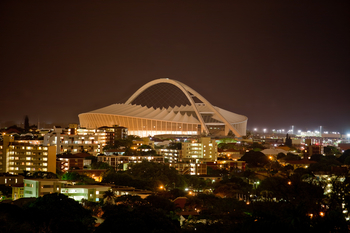 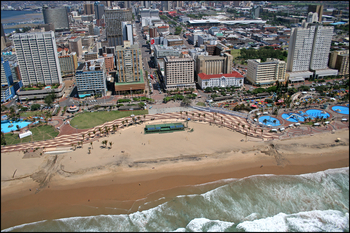 Thomas opened the meeting and welcomed those present, especially the guest speaker, Devlin Fogg (GM for the Durban Green Corridor) and special guest Andrew Layman (CEO of the DCCI). Peggy Dlamini, the new Registrar for Guides, had also been invited but unfortunately could not attend.

3. INTRODUCTION OF THE GUEST SPEAKER

Thomas introduced Devlin Fogg, the newly appointed GM of the Durban Green Corridor. Devlin has been involved in the designing and building of mountain bike trails. The Durban Green Corridor is a private/public partnership between the Dusi Umgeni Conservation Trust and the e-Thekwini Municipality. Ten teams are spread out along the entire “Dusi System” and are responsible for cleaning up the area, alien vegetation removal and observing the activity occurring in this area. The Green Corridor project is involved in tourism in the sense that it aims to establish a trail from The Green Hub to Inanda Dam. Tourism is used to uplift the community living in this area via the hosting of sporting events.

Thomas read his Report to those present (attached).

An increase in annual membership fees from R100.00 to R120.00 had been proposed for the next financial year (2012/2013). Said proposal was proposed by Debbie and seconded by Dieter.

6. AMENDMENT TO THE CONSTITUTION

An amendment to the Constitution was proposed due to the inconvenience of the obligation to have a quorum present at every Committee meeting. Thomas suggested that the current version of Article 5.1.4 of the Constitution (Article 5: Rules of the Committee), which reads:

“A Committee shall meet every two months. A quorum shall consist of 50% of the elected members of the Committee”

should rather be changed to read:

“A Committee shall meet every three months. A quorum shall consist of 4 of the elected members of the Committee”.

Ken proposed Thomas’s wording, which was seconded by Karoline. Those present agreed unanimously to the proposed amendment.

7. ELECTION OF THE NEW COMMITTEE

Elizabeth agreed to continue as secretary. The following members were elected onto the 2012/2013 Committee:

It was decided that the new Chairperson, Vice-Chairperson and Treasurer would be elected at the next committee meeting.

Ken, the Chairman of the PTGA, explained the structure of the PTGA on a provincial, national and international scale. The PTGA was now also a member of the CTA, a sub-division of the CTO.

Barry reported on a recent SATSA KZN meeting at which he represented the e-TGA. SATSA KZN aimed to create “an Association within an Association” in order to empower all the smaller associations active in the province.

Thomas thanked those present for attending the AGM and encouraged them to partake in the social at the RYC.

The year started off very promising, we once again had a full twelve member committee and we were all rearing to go and take the association forward. We did make significant contributions towards tourism in general the to the association in particular.

Much did happen publicly as well as behind the scenes throughout the year and right up until yesterday.

Although it might appear, that not as many events happened as we had wished for, that was not through our lack of trying. Looking at the list which follows and bearing in mind that the committee all volunteer their time and efforts, I do think the achiement is remarkable.

Often it seems that finding a suitable date for everybody is downright impossible and many attempts were stalled by too many cancellations however when we did hold events, attendance was good! The lesson in this is to commit to a date and follow through, there will always be some who can make it and others who cannot.

As we are all in the same boat, as self employed guides, we cannot hold it against anybody who takes on a days work rather than attending or organising an Association event. It is also this reason that we would like to propose a change to the constitution as indicated in the Agenda in this meeting.

Just briefly the year that was and events the were organised or held in collaboration with the Association.

The 3 DeDT workshops one of which was held in Durban.

Representation at the Tourism Careers Expo.

The Draft Tourism Bill was published for public comment and circulated via Guide Net, suggestions were then forwarded to the National Tourism Department.

The most up to date news on that is the the new draft bill has been passed by cabinet and has been forwarded to parliament (in June). “Parliament will publish a notice in the Gazette announcing its introduction and calling for comments. After the comments periods and having dealt with all comments, it will then be submitted to be passed as law.

Parliament Committees ( Portfolio and Select) may decide to take it to the streets for public consultations. We are still waiting to hear from them in that regards”

The latter part of last year was quite a busy with general tourism, COP 17 and Cruise Liners docking in Durban.

No Christmas function function was held as once again trying to find a suitable date and venue was challenging.

The Association with the assistance of the Provincial Association held a very amicable meeting with King Shaka International Airport with regards to Coach Parking Incidents. The meeting was held in a good spirit, in my opinion not much was achieved but it appears ACSA is more aware of our concerns.

As an association we held a social bring and braai on our own at NMR, this was a fun and relaxed event and I think we should hold similar get togethers more often.

A big thank you in this regard to Ken, who put in an enormous amount of work and together with the tireless efforts by James Seymour put together a fantastic bid!

Other events in the course of this year were;

First aid for Tour Guides throughout the year by Deborah as regularly published on Guide Net.

Unfortunately in the last year, we also had a few tragic events in particular the tragic and untimely loss of their son to our colleagues, Vanessa & Tim, I wish to extend our sincere condolences in their sons untimely passing, and also a dear colleague and friend to many, Marie Ray, passed away after a long illness.

A few of our colleagues have also retired or moved away.

On a happier note I would like to congratulate Elizabeth and Barry and their marriage as well as Tim Brown and his lovely wife who got married earlier this year, unfortunately they cannot be here tonight.

In conclusion I would like to thank the outgoing committee and all the members of the association for another successful year in tourism and I wish everybody a prosperous future.